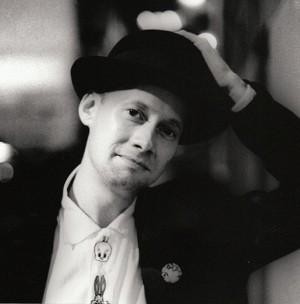 What does this mean? That Kelvin’s CD was rated number one ahead of other notable artists listed above.... That Wellington Jazz Club is in for a Quality, World Class jazz performance from the Blue Stars in the September Gig. Kelvin Roy at The Loaded Hog article.

Kelvin Roy grew up in Flint, Michigan. His father was from New Zealand and relocated to the United States after traveling there as a Fulbright scholar. Kelvin had copious lessons on piano and trombone, plus some voice training from an early age. He taught himself how to play other brass instruments like baritone and bass trumpet. The latter--also called a marching valve trombone--became his main instrument. Later, he went on the road with a couple popular funk and jazz bands playing clubs after attending Michigan State University.

He decided to move to New Zealand, to discover more about his roots. The jazz scene was popular and he got involved. He also founded a Latin group. Then there was some time in San Francisco playing jazz. He also worked with Janice Pendarvis (of Sting fame) in New York. Back in New Zealand he started a band called Gyrotayshin and they put out an album of his compositions. He also did studio work for other labels and producers.

Then he started the popular Blue Stars band. He founded a group called the Jews Brothers Band, which did Klezmer music. This band also became popular and put out an album - one of the first CDs in the world to have CD-rom video and music on the same disc.

He created the Martian Music label and released a CD in 1997 called 'Inner Space'.

Around this time he became a fixture at some the New Zealand's best jazz festivals like Waiheke Island of Jazz. The next year he followed up with an album called 'just can't stop'.

It was what radio calls AC (Adult Contemporary) or Smooth Jazz Vocal. For the Millennium, he put out a promotional disc with a special song, 'Times of Our Lives', plus a song from each of the previous albums. It was mostly electronic music. It received radio airplay in the US and New Zealand.

Listen to it here:

In 2004, Kelvin had some of his catalogue put on Satellite Music Australia. He also wrote several instructive papers on performance, composition and improvisation. Some of these were subsequently published. Kelvin then returned to New Zealand's hills of green and gold to reconnect with the BUZZNZ in the land of Kiwis and Hobbits.

Between 2001 and 2010, Kelvin performed numerous times at the National Jazz Festival. During this period, Kelvin had a son--Gilbert--whose presence inspired him to write and produce music for kids. After four years and eight children's music albums, a ninth is due to be released mid-2013.

Kelvin started the kidsounz website. His song "Countdown" was nominated for New Zealand Children's Song of the Year in 2012. After spending several years in the Bay of Plenty, Kelvin moved with his family to Hawkes Bay. A couple years later saw a move to Wellington, where Kelvin continues to write and produce children's music and raise the spectre of some exciting jazz performances in the wild capital city!

Jazz Club members will be familiar with Kelvin as the vocalist and horn player with Wellington Jazz Club band, (led by Graham Kelly), that frequently performs prior to the main club gigs. In September Kelvin’s Blue Stars band is the main band. 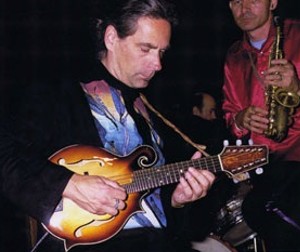 As guest guitarist Kelvin has invited
Nigel Gavin. Originally from New York, Gavin has been in New Zealand for 20+ years. He has toured extensively with various groups including Nairobi Trio. He is a teacher and performer whose instrument of choice is an acoustic seven stringed Guitar.

Nigel will give a solo performance from 4:00 PM, and then he will be the guest soloist with the Kelvin Roy & Blue Stars Band starting at 5:00 PM.


Join us for a Trip around the World of Music

Then we'll cut it cool with a few tunes like:
Almost Like Being in Love
Angel Eyes
Blue Moon
Brother Can You Spare a Dime
Cab Driver
Sandu/C Jam Blues
The Coffee Song
Perdido/Don't Get Around Much Anymore
A Foggy Day
Forever is Now
Green Dolphin Street
I Can't Get Started
Jumpin' with Symphony Sid
Cherry/Mac the Knife
Music Goes Round
My Favorite Things
Old Devil Moon
On the Road
The Second Time Around
The Shadow of Your Smile
Stella By Starlight
Sugar
Summertime
Swing it on Down
Unforgettable/It Had to Be You
Whiffenpoof Song
Yes Indeed/Saints
Tenor Madness/You Don't Have to Go
Farmer's Market
Celia
I Remember April
Straight, No Chaser F/Blue Monk