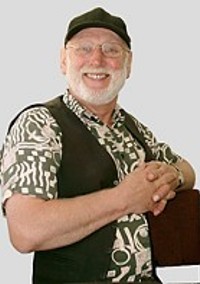 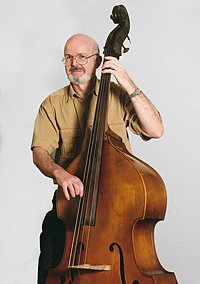 This Special Tribute Concert by the Wellington Jazz Club is to celebrate and honour Paul Dyne (bass) and Roger Sellers (drums) - two of the country’s most experienced and highly regarded jazz musicians who have set the highest standard of musicianship and entertained tens of thousands of New Zealanders over many decades. Their combined professional careers extend over 100 years.

They have played so much Jazz together since 1981 that they have become almost inseparable, often accompanying international and national jazz celebrities as well as making many recordings.

This Tribute will present exciting music from some of the very best musicians and vocalists who have played with them, including Terry Crayford (piano), Colin Hemmingsen (sax), Rodger Fox (trombone), Kevin Clark (piano and trumpet), Anita Schwabe (piano), Noel Clayton (guitar), Denise Harris (vocalist returning from Australia) and other outstanding jazz musicians. Paul and Roger will be part of this exciting group playing great jazz standards. 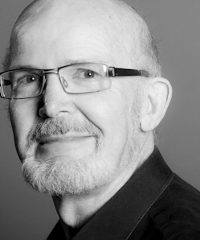 Paul Dyne has been a vital presence within the Wellington jazz scene for 35 years as an anchor-man, both as a performer and educator.

Paul Dyne was brought up in Timaru in a family in which his mother played the piano and father listened to jazz from Voice of America. He taught him self the piano and they bought him a harmonica for 30 shillings.

Waimataitai primary school had the only primary school brass band in the southern hemisphere, and Paul joined the band on cornet and learnt to read music.

“Buster” Moore at Timaru Boy’s High School, started him on recorder. Then he saw the film The Benny Goodman Story which convinced him to play the clarinet. From the 4th form he played sax in his own dance band called the PDs which had a regular gig at the Hacienda Cabaret in Timaru.

He married Jane in 1968 and has 3 sons including Julien who is a prominent drummer.

Paul taught chemistry in Montreal, Canada, from 1970 until 1980 and played there with a number of top Canadian musicians, and performed with US jazz legends Sonny Stitt (alto sax) and Pepper Adams (baritone sax).

He came back home in 1980, to bring up his three sons in NZ. He enrolled to complete a PhD in chemistry, but detoured into music tutoring at the Wellington Polytechnic Conservatorium of Music as coordinator and then head of jazz. The Conservatorium was later taken over by Massey University and then a joint venture with Victoria University created The NZ School of Music.

In 1980 he phoned Kevin Clark and through him met Colin Hemmingsen who involved him in the Jazz Foundation where he met Rodger Fox and subsequently met Roger Sellers. Paul commented when they first played together both he and Roger Sellers realized that there was a synergy between their playing of bass and drums. They have enjoyed playing together since in many band configurations including 23 continuous years at the Lido Café.

Since returning to New Zealand he has played on over 150 radio programmes for Radio New Zealand; has recorded over 35 CDs and albums and remains a first choice for backing for over 150 visiting international artists such as Lee Konitz, Bill Cunliffe, Ralph Sutton, Bobby Shew and Scott Hamilton.

He has toured with American guitarist, Bruce Forman, with flautist Holly Hofmann and pianist Mike Wofford, played at the Christchurch Jazz Festival with James Morrison and his own group and accompanied many more international artists.

Until his recent retirement in 2015, he was an Associate Professor, and Head of Jazz from 1989 to 2002, at the New Zealand School of Music. 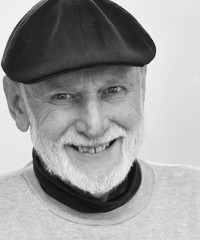 Roger Sellers was born in Melbourne in 1939 to a musical family. His mother was a pianist and his father a singer. They had a huge collection of records. The home was host to many gatherings, singing and dancing to the big band music of the time. His mother taught him piano and there was an acoustic bass in the house but at aged 14 he was having drum lessons from Bill Fleming and then Graeme Morgan.

He moved to Sydney for a short time, then to NZ in 1965 to join the Mike Walker Trio in Auckland, for four years 5 nights a week at Montmartre. In 1969 he toured with the Seekers and went back to Sydney for 18 months.

With a contract to a band he was able to play in America and obtained an endorsement from CBS for the use of a Rogers drum kit, which he still plays. He performed in Idaho, Washington, San Francisco and LA. He studied in the USA with Jim Ganduglia who was the drummer and MD for Johnny Mathis.

Roger moved on to Germany 1972 and then to London in 1973. He has performed in jazz festivals worldwide with Sonny Stitt, Richie Cole, Buddy Tait, Mark Murphy, Emestine Anderson, Emily Remler, Holly Hofmann, Bruce Forman and Mike Nock. Ian Carr’s “Nucleus”, were a pioneering jazz/rock band who continued in different forms from 1969 to 1989. They won a prize at the Montreux Jazz festival, released the album Elastic Rock, and performed at both the Newport Jazz festival and the Village Gate Jazz Club. Roger Sellers was the drummer for much of his time in London.

Roger performed at Ronnie Scott’s and was the first drummer to perform at Steve Ruby’s 606 Club.

With the biting of Margaret Thatcher’s policies there was no money and no work. In 1980 Rodger Fox, on his way home from the Montreux Jazz Festival, stopped off to play with local Kiwis at the Bulls Head Arms. He suggested to Roger that he return to NZ. Roger arrived in Wellington in 1981 and The Cricketers Arms became a jazz venue featuring the Rodger Fox Quintet which included Paul Dyne on bass, and they played regularly until 1982. He started teaching part time as stand-in for Colin Hemmingsen at the Wellington Polytechnic Conservatorium of Music.

Even though he was raised on Ellington & Basie, Bebop is his chosen genre. Fusion is too complex and too loud. However he has enjoyed backing many vocalists who like his sensitive touch. Max Roach he considers his most influential drummer.
He has recorded in the USA, Britain, Australia, Canada, Germany, Italy, France, Poland and on many recordings in New Zealand as well as numerous Radio New Zealand broadcasts.

Roger lived in Auckland from ’65 to ’69, and since 1981 has been a New Zealand resident and is widely known as one of the country’s greatest percussionists who is known as being insightful and elegant in his playing. He is also one of the most inspirational teachers at the New Zealand School of Music, in Wellington. On education he is quoted; “I wish I had more. The more you teach the more you realize how much you need to know.”


This evening is a special occasion for the Wellington Jazz Club to honour both Roger and Paul for their “Outstanding Contribution to Jazz in Wellington”.

Listen to some exciting music from some of the very best musicians and vocalists who have played with them, including Terry Crayford (piano), Colin Hemmingson (sax), Rodger Fox (trombone), Kevin Clark (piano and trumpet), Anita Schwabe (piano), Noel Clayton (guitar), Denise Harris (vocalist) returning from Australia and other outstanding jazz musicians. Paul and Roger will be part of this exciting group playing great jazz standards.

The concert will be held in a cabaret style setting. Bar facilities available.

Or send a cheque with a stamped self-addressed envelope to Wellington Jazz Club, P O Box 22-332, Wellington 6441 to arrive no later than 23rd October. Using this method tickets are $32.50 general admission and $24.50 for Wellington Jazz Club members and $10 for Students (includes booking fee).

Those under 18 to be accompanied by a parent or legal guardian.

Parking is available in the hotel car park at reasonable rates.