Featuring such classics as Cavatina and Air on a G String, Gunter Herbig, Leigh Jackson and Nick Granville plus (ex-pat kiwi) Tim Robertson on bass and Greg Crayford on drums will cover all possible combinations of stringing styles. Physically breathless, you will be amazed by the extent of the picking, slapping, slaying, burning, tears and tunings. Get down there! 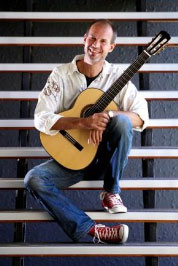 UNTER HERBIG was born in Brazil and grew up in Portugal and Germany. Influenced by such different cultures and aesthetic languages, he has developed a highly personal, charismatic, and expressive style of playing and performance. The balance of Brazilian sensuousness, intense Portuguese passion and German intellect and finesse is the hallmark of his playing.

Since moving to New Zealand in 1989 he has made numerous national concert tours and has a busy performance schedule which has taken him to South America, Central America, and Europe, where he appears as a soloist and chamber musician in concerts and festivals. He has performed on several live broadcasts on television and radio in New Zealand and Mexico and has recorded for a number of film scores and television documentaries. He served as the Head of Classical Guitar and Chamber Music at the New Zealand School of Music in Wellington and now teaches Guitar at the School of Music at Auckland University. 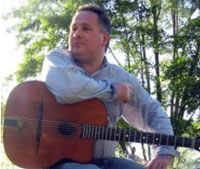 Leigh Jackson was born 'within the sound of Bow Bells' in Marylebone, London and has been playing the guitar since an early age. His first influence was through his uncle in London who was a recognised player in the gypsy and flamenco style. Leigh moved to New Zealand in his teens and has been playing professionally for 30 years and is fortunate to have shared the stage with many international and local artists as a Jazz, Rock and Fusion guitarist. Leigh is a gypsy guitar fanatic and fiend. He can play ‘Smoke on The Water’ in all keys on all strings.

Wellington based professional jazz musician Nick Granville possesses a huge palette of diverse sounds and styles. He is capable of playing everything from jazz to rock/pop, funk, blues and much more and has performed around the world. As the guitarist on the hit television programme 'Dancing with the Stars' Nick worked with Delta Goodrem, Ronan Keating, Paul Potts and Hayley Westenra.

As the guitarist with the Wellington Jazz Orchestra he has worked with Patti Austin, Steve Smith, Kurt Elling, Eric Marienthal and Bob Shepherd. As a freelance musician he has worked with Bill Cunliffe, Diesel, Chris DeBurgh, Dame Kiri Te Kanawa, Frankie Stevens, the New Zealand Symphony Orchestra and the Vector Wellington Orchestra, to name but a few. Touring NZ regularly and performing approximately 150 gigs / concerts per year, Nick keeps a busy schedule. In addition to performing regularly with his own groups, he works extensively as a first call session musician; Nick can be heard daily on the television programmes 'One News' and 'Breakfast' and on the long running show 'Fair Go'. 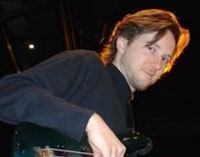 Tim Robertson is resident of London, England. Professional bass and guitar player with 20 years’ experience in music industry, Tim has played with many international artists such as Michael Brecker, Joe La Barbera, John Fedchock, Elaine Page and many more. We are fortunate to catch Tim for this gig while he's at home visiting family.

Greg Crayford has organised this gig and convinced the musicians to share the bandstand. He is a member of the renowned musical Crayford family and will be remembered for the Rattledog performance at the Club which was interrupted by the earthquake.

From a high-profile musical family, Greg has been performing for more than twenty years as a jazz/show/rock musician with some of the best musicians around including Rodger Fox, Colin Hemmingsen, Johnny Lippiett, Vaughn Roberts, Anita Schwabe, Denys Mason, Lance Su’a, Jonathan Crayford and many, many others. International acts include; The Drifters, The Coasters, Mike Brignola, Bruce Paulson, and national acts; Gray Bartlett, Brendan Dugan, Jodi Vaughan, and Tony Williams.

Greg’s involvement in musical theatre as musical director, drummer, keyboardist, guitarist, and percussionist have included Jesus Christ Superstar, Footloose, West Side Story and Joseph and The Amazing Technicolour Dreamcoat. He was a member of long-running London-based kapahaka group, Ngāti Rānana, as composer, guitarist and performer. Greg is Head of Music at Rongotai College and leader of Wellington-based band, Pleasure Point. 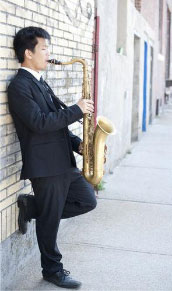 (b. 1990), Richard began playing the saxophone at age 11 and the clarinet at age 13. Throughout high school he was encouraged and inspired to pursue music by local Christchurch music teachers Ian Thorpe, Jonathan Prior, Mark Hobson and Mark Walton. After progressing through the Christchurch School of Music playing in various jazz ensembles, orchestras and wind bands he enrolled as a jazz performance major at Victoria University of Wellington, New Zealand. He studied under saxophone luminaries Colin Hemmingsen and Tim Hopkins. From 2010 to 2012 he was a member of the New Zealand School of Music Big Band under the direction of Dr Rodger Fox. The band toured around New Zealand and recorded three albums under Rattle Records.

From 2011-2013 Richard was a member of two prominent Wellington music groups: “Los Bandidos”, an eight-piece Afro-Cuban ensemble and the Tui nominated (2014) “The Jac”, also an eight-piece ensemble specializing in original music. Richard also played with the Wellington Mingus Ensemble under the direction of double bassist Adrian Laird.
From 2013-2015 Richard studied towards a Master of Music in Jazz Studies at the Aaron Copland School of Music at Queens College, CUNY. Richard has appeared with various ensembles in music festivals throughout New Zealand. 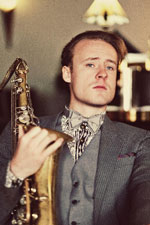 Oscar Lavën is an eclectic saxophonist and multi-instrumentalist based in Wellington, New Zealand. “I grew up in Tauranga, my parents (Marion Arts and Robert Lavën) are great musicians in their own right. I started playing professionally from age 17 and came to Wellington to do bachelors in classical and jazz performance at Victoria University of Wellington. I learned sax from Colin Hemmingsen.”

Lavën is a busy full time performer, composer and teacher, and has performed internationally and across the country with many ensembles including his quartet, his big band The Neo Hot Jive Orchestra, The Royal New Zealand Airforce Band, Orchestra Wellington, The Rodger Fox Big Band, The Wellington City Shake ‘Em’ On Downers and many others.

Named after the striking features on Wellington’s rugged southern coastline, Wellington Heads have been playing in and around the capital city for nigh on 20 years.

Wellington Heads consists of three core songwriter-musicians (Geoff Keith, Neil Worboys, and Bill Wood), who sometimes play as a three piece but for this Club gig will form a sextet with Greg Crayford, Nick van Dijk and James Tait-Jamieson.

Wellington Heads have evolved their own sound through the influences of Chicago blues, Kansas style blue jazz, the swinging rhythm ‘n’ blues of Louis Jordan and Ray Charles, and infused with Pacific/Hawaiian rhythms and Latino feels. Their own songs comment on life experiences with a distinctive Wellington flavour.

Sharp and energetic, the Wellington Heads have played the Tauranga, Manawatu and Nelson Jazz Festivals.

Wellington Heads have recorded four albums, their last ‘A Night on the Town’ released on ODE records. This critically acclaimed album continued their unique sound with a mix of rhythm ‘n’ blues, swing, soul and Latino grooves. In combining this with their previous albums Wellington Heads have built an extensive repertoire of eclectic original songs. A fifth album, nearing completion is due for release early in 2016.

How to find Meow Cafe 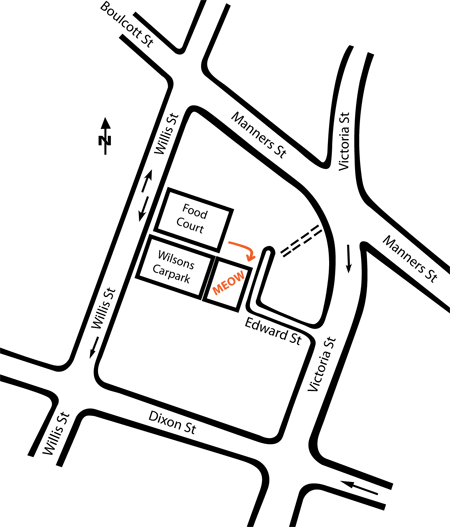